In life, we encounter countless obstacles to our progress and success. If it’s not bad timing, it’s money issues; if it’s not money, it’s poor health, or being too tired, or a lack of support. There’s one obstacle, however, that’s a greater impediment to your success than anything else.

Oftentimes, all of the things we perceive to be blockages on the pathway to our goals stem from us. We stand in our own way and block the blessings we dream and pray so hard for. This is not because something is wrong with you or because you’re inherently “bad.” On the contrary, just as you have the greatest power to stand in your own way, you too hold the power to make some of your wildest dreams a reality. I say all this not to condemn you, but to reveal to you that you can create whatever you imagine for yourself when you relinquish self-sabotage.

Self-sabotage is any action or behavior not in alignment with the goals we have for ourselves. Common self-sabotage behaviors manifest themselves as procrastination, drug or alcohol abuse, overeating, and compulsive — mostly unconscious — dysfunction within interpersonal relationships..

We say we want to lose weight, but then we neglect our bodies with poor exercise and nutrition practices. We say we want a love-filled relationship, but return time and time again to the person who makes us feel unwanted. We say we want that promotion at work, but we constantly show up late and do the bare minimum required of us. Deep down, we know the steps we could take to accomplish our goals, but there’s something preventing us from committing. Consider that the issue is not a logical one, but rather an emotional one. We continue behaviors that we know are counterproductive because of an ego-driven need to fill a hole in our self-perception and other unconscious beliefs and motivations.

Below, find three reasons we might sabotage our own success and happiness:

The fear of failure is something many people can identify with. At first, it seems counterintuitive—if you truly feared failing, why would you sabotage your efforts toward success? Wouldn’t you do everything in your power to make sure you succeeded? On a logical level, that makes sense. The unconscious ego, however, is often illogical and preys upon any instability of emotions and our self-concept to carry out its fear-based agenda.

At the end of the day, the ego’s agenda is to protect you from perceived threats to your happiness. In this instance, failure is the threat to your self-worth, and so your ego does everything within its power to protect you from the experience of failing or being rejected.

The ego will recruit excuses, thoughts of self-deprecation, and procrastination to keep you from trying your hardest and giving your all. This is because if you don’t try, you can’t fail, and if you don’t fail, you don’t feel the pain that accompanies failure. It’s a warped cycle, but the fear of failure is just one example of how we undermine our own desires for success.

On the flip side, many people harbor an intense fear of success. Again, this seems odd: why would one be afraid to succeed or to win? Isn’t that a positive thing?

Of course, on a surface level, success sounds exciting. Sometimes, however, we are subconsciously terrified of all the effort, change, and discomfort we’ll have to put ourselves through in order to reach our goals. We may even fear becoming expansive or overshadowing our families or friends out of fear we will wound them, or incite their envy.

We may want the success, but we don’t necessarily want the road it takes to get there. We worry that we won’t be able to sustain the lifestyle we have to build on the way to achievement. Even when we are doing well, we feel that we are imposters and that our success will be short-lived once everyone discovers who we “really” are. This belief is also known as “imposter-syndrome.” The fear of success is ultimately a fear of not being good enough for the greatness to which we aspire. Just like the fear of failure, it is a self-protective mechanism that actually harms more than it helps. The ego has done its job, and yet, we are still unhappy because we are dimming our own light by doubting our abilities.

In both of the previous examples, self-sabotage stems from low confidence or warped beliefs about one’s abilities.

Some people, however, have such low self-regard for themselves that they don’t even believe they deserve the things they desire. This has less to do with a lack of faith in capabilities, and more to do with a shattered sense of self-worth. Perhaps they have experienced some form of trauma that severed their connection to their true nature, which is the essence of light, love, and expansive capacities and possibilities.

This person might believe themselves to be inherently “bad,” and thus undeserving of the good things life has to offer, including love, respect, and financial resources. A person in this position may sabotage relationships by refusing to let anyone get close enough to love them, or living in isolation. Severely depressed or individuals in crisis have often convinced themselves that their friends and family members would actually be better off without them around, because that is how little value they place on themselves.

When we observe self-sabotaging behaviors in our loved ones, it can be extremely difficult to witness. We are confused and question their logic and motives, wondering why they continue to return to people and situations that cause them pain and further damage their self-esteem. We may not be understanding, however, that the issue runs far deeper than logic would dictate. The wife who refuses to leave her abusive husband, the yo-yo dieter who can’t seem to stick to his healthy lifestyle plan, the disgruntled worker who bounces from job to job—they don’t want to be miserable, but they may be unconsciously (or unknowingly) sabotaging their own chance to be happy.

While self-sabotage is a dangerous cycle, it does not have to be permanent and you can break free. In fact, self-sabotage can be remedied by increasing self-awareness through intense and purposeful self-work and personal development. Therapy or counseling can be a wonderful tool to exposing the roots behind negative behaviors and developing healthy alternatives to return you to a more fulfilling life, which is what life intends for you.

DO YOU THINK YOU MIGHT BE SABOTAGING YOUR OWN HAPPINESS? HAVE YOU IDENTIFIED COUNTERPRODUCTIVE TENDENCIES WITHIN YOUR WORK OR RELATIONSHIP HABITS? Call Dr. Logan at 646.798.8354.

Dr. Logan Jones is a licensed psychologist in NYC. If you are looking to develop higher confidence, or if you’re a creative person struggling with personal accountability, he offers one-on-one sessions to uncover your mental blockages and help set you on the path to success. 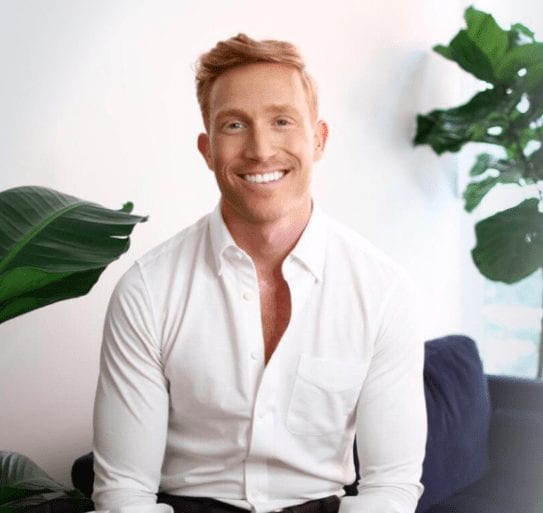 No matter what you’re going through, whether depression, anxiety, or PTSD, there is hope. If you are looking for therapy in NYC his psychotherapy practice is located in central Manhattan near Flatiron, West Village, NoMad Chelsea, or Union Square.

Check out this exciting new feature on the Clarity

SOUND ON: As a therapist, my focus is on helping m

Life is meant to be affirming and joyful. Yet, so

The power of personal transformation comes from wi